First dates are not the time to come clean about the intimate or sensitive information you held back before the date. Fear that someone won’t desire to court you because of closet skeletons is no excuse for keeping quiet, but the first date is not the best time outing drama for all. Experience has taught me these things should be withheld for later. Let’s go through revelations that have ruined first dates mines included.

You have a child.

For me, it’s important to know this piece of info the first discussion, as for others there’s a preference to wait to see if sparks fly, from my interpretation children can ruin the fantasy. Many people (myself included) don’t want the illusion, we want this important info unveiled early to make an immediate conscious decision. I personally appreciate delivering the reveal early on before there are sparks, children are an emotional and financial investment that I’m not ready to make. Waiting to disclose your family may become a time waster.

If the opportunity does not present itself to bring up your minis before meeting for the official date, it’s widely preferred by daters on the other side for you to wait no longer than a few days following the initial date. Apparently, this waiting period may grant you the reaction you favor. Springing it on your admirer during the first outing that you have a child (or three) is probably not going to be taken well even if he or she does well with children. Some people have predetermined that children are tolerable, others are unsure, and if your date is uncertain about you, it makes matters worse. I firmly believe this information should be passed along on first telephone discussion, so it doesn’t appear you’re hiding this information.

You’re still legally married.
Here is another tidbit that someone has the right to know before you head out on your first date. It’s a complicated situation in my humble opinion, one I might not want part of so pouncing this on someone isn’t best on the first night out. Even if you are going through an amicable divorce and it’s almost processed, it’s not something that everyone is willing to get mixed up in between. Marriage and divorce can be very messy without notice. Connecting with someone and then making such a confession just minutes after meeting is an excellent way to ruin the mood and frankly their faith in getting to know you will lessen. It’s owed to someone to know just after the first date if not prior to, but certainly before they’ve established a fondness for you. As for myself, this is something I don’t want to waste time learning after the first date. It should be known beforehand through the medium we connected initially.

You did a background check.
This is a revelation that for many people would scream “stalker.” Cyberstalker doesn’t settle well for me although I have nothing to hide, so buying a background check is absurd. It’s apparently common to do a short social media search just to confirm the identity and compatibility, especially if you met online. My concern is you’re using what you’ve learned to present yourself as a perfect match. Don’t! As for questionable character concerns, if you bring up all the things you discovered through your search, your date might get uncomfortable and begin to clam up. If you’re purchasing state or federal checks that’s just ridiculous and borderline obsessive. Don’t use things you found as a kickstart for conversation. If you saw questionable information about him (or her) that genuinely worries you, giving him the third-degree investigative journalism treatment will reasonably ruin your date. I say ease into it with a comparable subject to usher in the information you found that requires clarity but of course act as if you’re clueless. Us women can do this trick well. 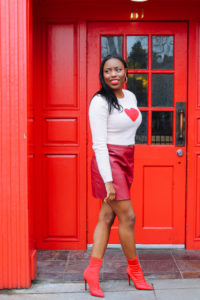 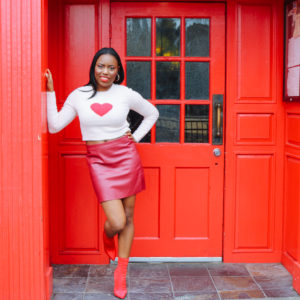 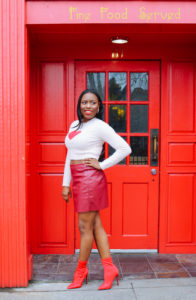 the BIG Revelations that Have Ruined First Dates…

Anything about your muddied past.
Of course, you want to be honest about your life, but you don’t have to let your date in on every mistake in your life. You don’t want to admit that you used to be a cheater or promiscuous if you’ve changed and that past won’t affect him. If you’ve changed and are living your life in a way that makes you proud, that’s what matters. By divulging your every mistake, you take a chance of running your date off.

Tupac and Biggie.
We’re quite familiar with the infamous West Coast vs. East Coast rivalry. Although the bicoastal tension has diminished, the rap artists soft-core and hard-core fans have chosen a side. Usually, fans stick to their guns when it comes to who’s a better rapper. The feud was serious, and giving your unfavorable opinion to a diehard fan is just as extreme. Try not to speak of the conspiracy theories and talents surrounding these legendary public figures. It might get ugly if one disagrees.

Politics.
It’s tough asking the bureaucratic stance of your suitor (or sweetheart) before you sit for lunch or dinner. Imagine bringing up a sensitive topic during a time meant for laughs. Yikes! If you haven’t learned the power politics has on peoples emotions (especially considering the last election), here’s my fair warning to you – don’t go the distance. Steer clear of subjects involving political parties. If you must speak on politics to get an idea of your date’s views, dance around the topic of recent local laws, this way you won’t see claws by jumping the gun.

Religion.
Traditionally the most significant division among the masses relates to religion. Opposing views on religion are shocking! It’s impossible not to get offended when you’re devout or unholy among an antipode. Don’t split the first date in downright disappointment and disgust based on someone’s faith. Get comfortable with your gentleman (or lady) before spouting your spiritual beliefs, and you may find that your spirituality is similar.

Sex.
Everyone’s favorite subject (even though some people won’t admit it) and the number one human fragility. Unless you’re ready to open Pandora’s box, absolutely avoid sexual discussion. Even a joke or lighthearted comment can totally turn the direction. What you can expect with abstaining sexual discussion (and encounter) on the first date (plus many dates forward) is a noble journey thereafter, and possibly a happily ever after.

Revealing your troubled relationships.
Well, this is awkward. Bringing up the past to someone who wasn’t present is not a good idea. The topic is utterly uncomfortable. Venting is cool (as long as you’re not going too far and ranting) but don’t express your past with new (and old) lovers. The issues that made the once good times go sour will turn the evening into something bittersweet, or just bitter. It hints emotional trauma too, just no!

There’s no need to hide your true colors; you can own your truth just know these particular openers aren’t easy to swallow and can cause more harm than good. Take my word for it; I’ve mistakenly touched or endured all these points on a number of occasions. Needless to say one was offended or greatly uncomfortable after initiating any of these conversations. When I did engage in these topics after the first meet my dates had the patience to allow me to explain my personal view or practice. Entering discussions surrounding these issues may become a heated debate or prolonged dialogue so avoid the conflict if possible. Avoid these revelations, and no one gets hurt.

One thought on “Revelations that Have Ruined First Dates”